Motorbikes, honking horns, and amazing street food — these will forever be associated with Hanoi for me.

After about 24 hours of travel, Bryn and I arrived at the hotel that had been recommended to us by a Svanholm friend. We cleaned up and ventured out.

When it came time to cross a street, we remembered the advice we had been given and just went for it, letting the bikes avoid us, instead of vice versa. The first few times, I was a bit anxious, but my confidence increased with each successful crossing.

Hoan Kiem Lake offers a bit of tranquility amidst the chaos, and we found our way there several times during our stay.

Early on, we stumbled across a stand selling freshly “squeezed” sugar cane juice. Delicious and only 50 cents!

It was so good that motorbikes stopped for takeaway.

We roamed the streets, finding our way to the Cathedral and various temples. 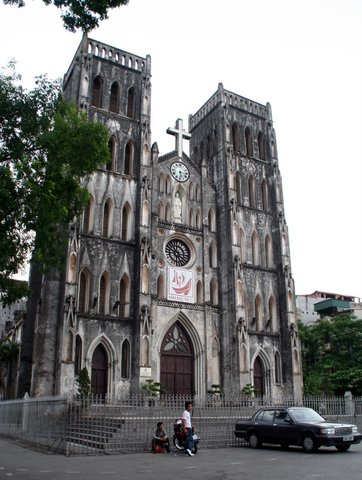 Behind the cathedral was this bas-relief mural that on closer inspection was getting some help from Mother Nature. 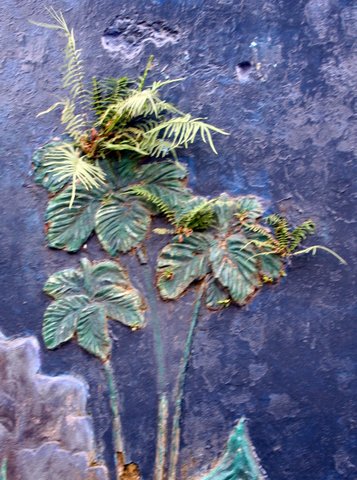 In spite of our long journey, we had enough energy to attend a performance at the Water Puppet Theater, which included live traditional music. 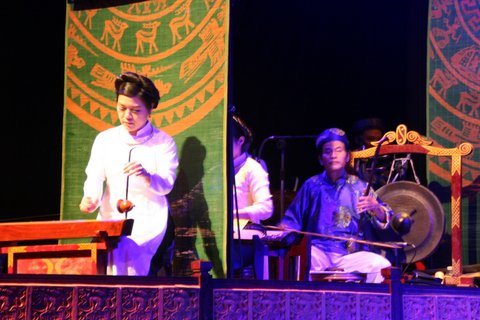 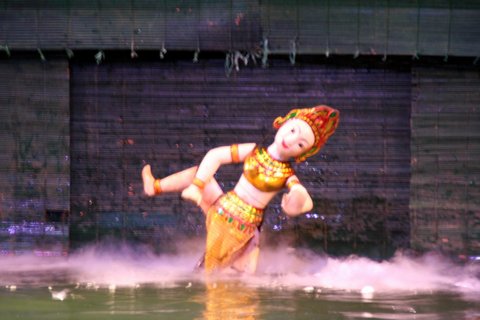 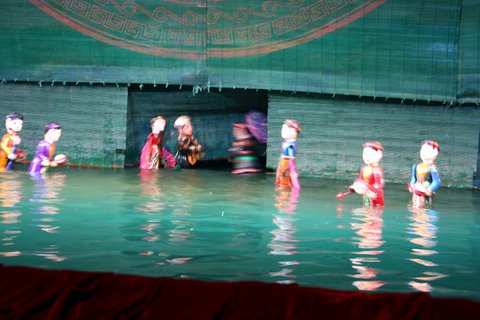 Hanoi’s street scene is incredibly lively 24/7. There is always something to see. We enjoyed watching men playing a checkers-like game.

Street food in Hanoi is both delicious and cheap. The country has an abundance of fresh fruits, vegetables and herbs and the food benefits from that abundance. Most of our meals were eaten while seated on plastic chairs or stools as those below. 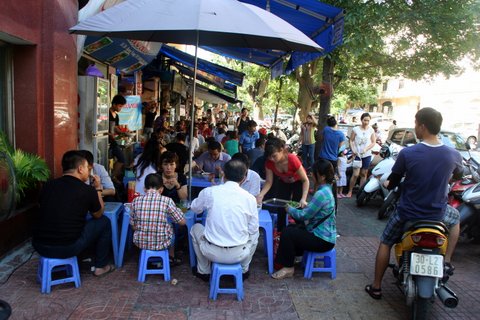 Hanoi is Vietnam’s capital and second largest city, with about 7 million people. The intensity of the city is softened by the number of boulevard trees. There are trees and shade on nearly every street.

Most of the traditional buildings in Hanoi are tall and skinny, dating back to a tax policy that was related to street frontage.

We visited a large, indoor shopping complex that was overwhelming with its volume of products and the consumerism that implied.

Here is a stall with beautiful silk fabrics:

Here is another one with the facemasks that many motorbike riders wear:

And here are some vendors, taking it easy in the heat.

One evening, we found ourselves at Long Bien Bridge. It called to us and we had to walk over it. 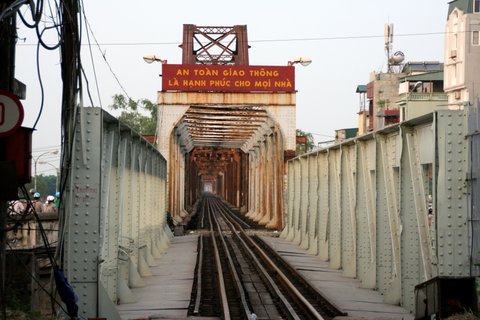 From the bridge we got a view of pineapple trucks being unloaded. 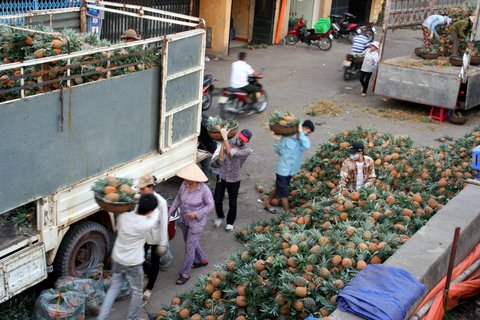 As we walked out further, we saw some garden plots.

The sun set and fishermen tried their luck in the Red River. 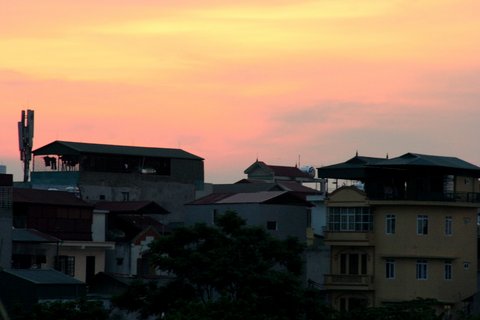 Walking back to our hotel, we passed the active Night Market.

And, even at night, the motorbikes raced by.

The Temple of Literature was another interesting stop along our way. It is a temple of Confucius and includes Vietnam’s first national university.

We also visited the “Hanoi Hilton”, where John McCain and other American pilots were held during the Vietnam War (the Vietnamese call that same war the American War — it was a bit of a surprise the first time I heard it, but it makes sense).

Here is a photo of John McCain’s uniform and parachute:

Most of the former prison is dedicated to telling the story of the French internment and torture of Vietnamese revolutionaries.

The Women’s Museum was also VERY interesting. One can learn about women’s roles and customs in the ethnic minority communities, as well as the role women played in the American War.

Did I mention motorbikes yet? They are ubiquitious and it’s startling to see how many people and how much stuff can fit upon them.

They even sleep on their motorbikes!

One does see an occasional bicycle, too. 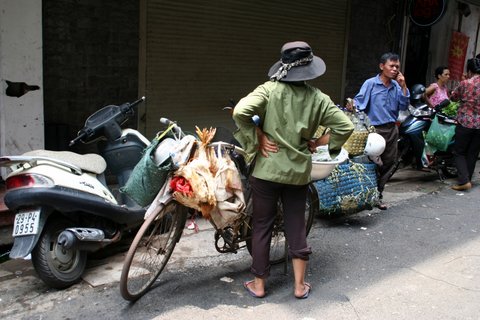 Two final scenes from the street and I’ll be done with this post. 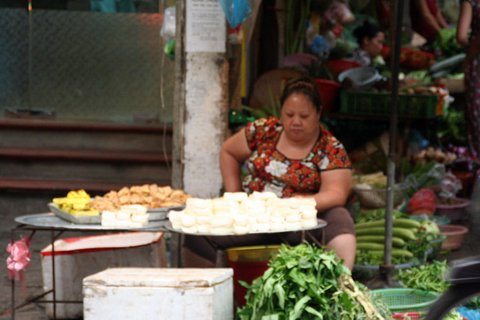